Five million people in the UK could be paying more than they should for their energy. Of those, some may be paying £330 more than their neighbours who use the […] 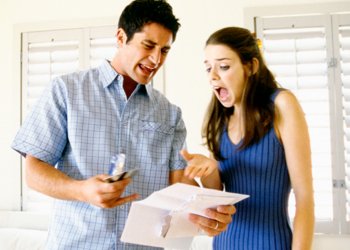 Five million people in the UK could be paying more than they should for their energy. Of those, some may be paying £330 more than their neighbours who use the same amount of electricity and gas. This is according to a new report from think tank the Institute for Public Policy Research (IPPR) which is calling for tough new measures from Ofgem to hurt the Big Six energy suppliers.

‘The true cost of energy’ report claims a severe lack of competition in the UK energy market has added to increasing bills with some consumers “paying over the odds”. According to the paper the average energy bill has shot up from £605 in 2004 to £1060 in 2010.

While the IPPR report does recognise that other factors, such as government policies and the price of gas contribute to the costs of energy bills, it claims little attention has been paid to the “flawed” market run by the “oligopoly” of the Big Six.

Juliet Davenport, CEO of Good Energy agreed change was needed: “We need a new approach that moves away from the dominance of the Big Six energy suppliers, to one that encourages genuine competition and enables individuals, businesses and communities to generate their own power.”

Following Ofgem’s findings in 2010 that the least efficient energy company spent more than twice as much on its operations per customer as the most efficient, the IPPR has called for regulatory intervention to put pressure on the power suppliers. It has called on regulator Ofgem to:

If the RMR fails to significantly improve levels of competition, the IPPR wants government to intervene and investigate alternative regulatory approaches to the market.

However, the Director of Consumer Policy at uswitch.com said it was the buyers that needed to up their game.

Ann Robinson said: “The power of consumers shopping around and switching puts pressure on companies to offer fair prices and to provide a better and more efficient service. The fact is that until we have a fully competitive market with the majority of people engaged it’s pure speculation to try to say what the efficiencies could be and what would be a fair price.”