A gas power plant which recycles its heat to help a neighbouring LNG terminal to save energy has won the approval of Energy Secretary Ed Davey. Unveiled today, E.ON’s new […] 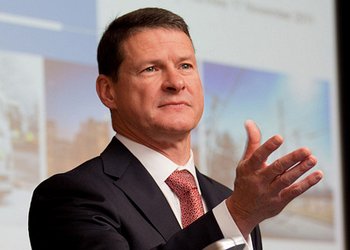 A gas power plant which recycles its heat to help a neighbouring LNG terminal to save energy has won the approval of Energy Secretary Ed Davey.

Unveiled today, E.ON’s new gas-fired Isle of Grain power station in Kent has linked a “heatpipe” to the National Grid’s liquid natural gas terminal to cut around 300,000 tonnes of CO2 each year.

Normally the LNG plant uses gas to heat the liquid gas from its chilled state back to its gaseous state so it can enter the network.

But now with the heatpipe, the waste hot water from the power station can warm the liquid gas instead, which reduces the amount of gas the LNG plant would usually burn in this process.

Speaking at the official opening of the heatpipe, Ed Davey said: “Given our need to power our economy and reduce emissions, high efficiency gas fired energy has a key role to play.

“The cooperation between National Grid and E.ON is an excellent example of how one’s waste can benefit another and makes this gas fired power station one of the most efficient in the world. The gas saved is equivalent to the amount used by 100,000 houses per year and the reduction in carbon emissions equates to taking 60,000 cars off the road.”

Steve Holliday, Chief Executive of National Grid (pictured) said: “It’s a fantastic example of innovation and working together which will be critical if we are going to meet the energy challenges ahead. Together, we have created the most efficient power generation and re-gasification plants in the UK”.