The Government should ban firms doing dodgy ‘deals on the day’ for solar panels and heat pumps, says a 30-strong group of green energy installers and a consumer group. They […] 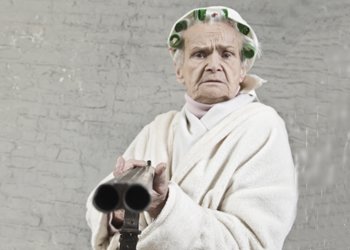 The Government should ban firms doing dodgy ‘deals on the day’ for solar panels and heat pumps, says a 30-strong group of green energy installers and a consumer group.

They have begun a petition to stop salespeople taking money from homeowners on the first day they speak to them over the phone or in person.

Changing the law to make a “deal on the day” illegal with a clearly stated penalty would help stop people feeling pressured into signing on the dotted line without being able to compare products, suggests the petition.

Mike Stephenson, Director at renewable energy experts H2 Eco in Dorset said: “Recently I have been made aware of several scenarios where elderly ladies have been pressurised into signing up for solar panels and have been ‘swung a line’ by a salesman. On one occasion a lady had to hide in her bathroom and telephone a neighbour to call and help her remove the salesperson. This is totally unacceptable and the bad behaviour of a few tarnishes those in the industry who run reputable businesses.”

Cathy Debenham at YouGen, a national independent renewable energy website added: “In an ideal world we wouldn’t need this extra level of protection, but sadly there are companies who through their bad practice are making people wary of this exciting technology.

“Even worse, some salespeople are disingenuous when talking about the government incentives, implying to customers that they are working for the government.  Frankly, this change to the law is a ‘no brainer’.”

A DECC spokesperson said: “We take consumer protection very seriously.  That’s why all companies selling to homeowners must sign the REAL assurance consumer protection code, which protects consumers against mis-selling. The Microgeneration Certification Scheme also ensures that only reliable, proven technologies can be installed under the scheme. Anyone who suspects they have been misled should talk to operators of the REAL assurance code.”

The petition can be found at: https://epetitions.direct.gov.uk/petitions/42389