Canada could become the world’s second biggest exporter of liquid natural gas (LNG) in less than two decades – despite not exporting any of the stuff now. That’s according to […] 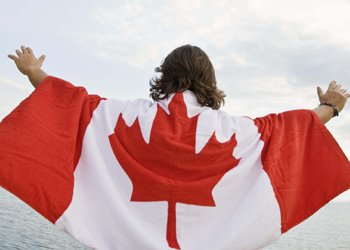 Canada could become the world’s second biggest exporter of liquid natural gas (LNG) in less than two decades – despite not exporting any of the stuff now.

That’s according to a report from the Conference Board of Canada, which suggests that new projects in the North American nation could eventually bump it above Australia and Indonesia, today’s LNG high-fliers.

These could be given a run for their money in future if the research board is right, as it predicts demand for Canadian gas will double.

“This report does not assume that all projects will proceed. If that were to happen, Canada would go from no LNG exports to being the second largest LNG supplier in the world over a very short period,” reported the Vancouver Sun.

Canada has huge gas reserves, including conventional as well as shale gas but demand for its gas its set to see a small drop in the near future.

Experts put this down to declining demand from the US which is really Canada’s only external customer, especially after the States’ recent boom in shale gas.

This is pushing Canada to eye up alternative energy markets, with the “ultimate prize” being markets in Asia such as China, according to Peter Kiernan, Energy Analyst for the Economist Intelligence Unit.

However Mr Kiernan added: “Canada could emerge as an LNG exporter of some significance but not until towards the end of this decade. So far only one major terminal has been approved by Canadian authorities with a few more in the approval pipeline.

“By 2020 both Qatar and Australia will have greater LNG export capacity than Canada will likely have at that stage. High infrastructure costs and the commitment to oil-indexed pricing may make it difficult for a Canadian LNG sector to accelerate if US LNG takes off.”