Ukraine has more than doubled its gas imports from Europe to five million cubic metres a day as it reduces imports from Russia. The figure is two and a half […] 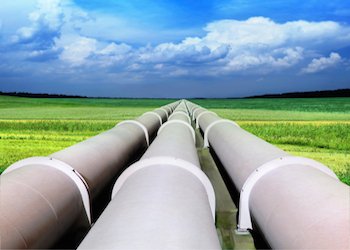 The figure is two and a half times more than the previous amount of two million cubic meters per day, according to Ukrtransgas, a Ukrainian gas transmission company.

The boosted gas supply from Europe could be linked to a contract between German utility RWE and Ukraine’s national oil and gas firm NJSC Naftogaz.

Russian gas supplies to Ukraine are believed to have plunged by 75% since 2011 and the amount of gas transported across Ukrainian territory also fell by 24.3% to 13.4 billion cubic metres.

With four pipelines now connecting Ukraine and Slovakia, it also plans to import gas through Slovakia and Romania.