British Gas owner Centrica said it has bought a 25% stake in the Lancashire field to explore shale gas in the UK. It acquired the interest in the Bowland area […] 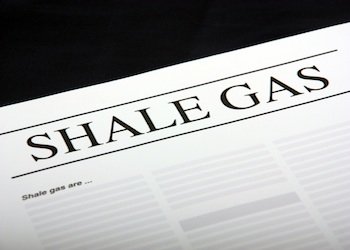 British Gas owner Centrica said it has bought a 25% stake in the Lancashire field to explore shale gas in the UK.

It acquired the interest in the Bowland area operated by Cuadrilla Resources, where initial exploration suggested there could be 200 trillion cubic feet (tcf) of gas in place.

Centrica said it paid a total of £40 million in cash to the UK-based fracking company and Australian firm AJ Lucas – which also has a stake in the field – and will pay a further £60 million for exploration and appraisal costs.

The news follows the UK Government’s pledge earlier this year that it would create “robust regulation” to speed up shale gas development in the country. A report also suggested shale gas could be “a new North Sea” for Britain, with investment expected to peak at £3.7 billion a year and support 74,000 jobs in the UK.

MPs have, however, said it’s far too soon for shale gas to bring down energy prices in the country which followed speculation that the fuel source could lead to an era of cheap gas as seen in the US.

Extracting shale gas includes the controversial process of fracking – drilling deep underground with opening the rocks with a mixture of water, sand and chemicals for the gas to flow out freely.

Mark Hanafin, Managing Director of Centrica’s International Upstream business said: “With North Sea gas reserves declining and the UK becoming more dependent on imported gas supplies, it is important that we look for opportunities to develop domestic gas resources, to provide affordable sources of gas to our customers and to deliver broader economic benefits to the UK.

“The Government’s clear commitment to developing the UK’s shale gas industry is creating the right environment for companies to invest and to deliver those benefits. This transaction presents an attractive opportunity for Centrica to explore the potential and commercial viability of natural gas from shale in the UK while utilising its expertise as a responsible operator and developer of UK gas resources.”

It has been estimated that natural gas from shale could cut the amount of gas the UK has to import in 2030 from 76% to 37%. Earlier this month, ELN also reported more shale gas has been found in the north west of England.