US President Barack Obama has unveiled his latest proposals to prepare the US for climate change, which includes slashing carbon emissions. Speaking at Georgetown University in Washington D.C. yesterday, the […] 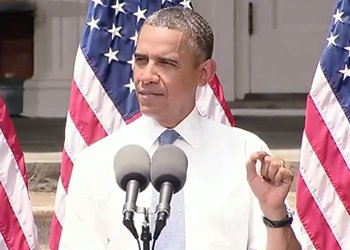 US President Barack Obama has unveiled his latest proposals to prepare the US for climate change, which includes slashing carbon emissions.

Speaking at Georgetown University in Washington D.C. yesterday, the President called for the US Environmental Protection Agency (EPA) to put an end to limitless dumping of carbon pollution from power plants and set limits on emissions that can be released.

According to statistics from the EPA, power plants are the source of one-third of all emissions – the single largest generator of greenhouse gases in the US, followed by the transportation sector.

The President’s announcement follows his administration’s pledge last year to cut the nation’s greenhouse gas emissions by around 17% compared to 2005 levels by the end of the decade.

Another goal set out in the climate change strategy is for the US to lead international efforts to prepare for the consequences of climate change that are already putting other nations at risk. Mr Obama said the US must help developing countries progress in adopting cleaner energy technologies.

“We compete for business with them but we also share a planet. And we have to all shoulder the responsibility for keeping the planet habitable or we’re going to suffer the consequences – together,” he added.

The President said the US industry will partner with other Governments to speed their transition to natural gas – a cleaner-burning fuel than coal – currently used in many places. He is calling for an end to public funding for coal-burning plants overseas, unless they incorporate carbon-capture technologies or use the most efficient coal technology.

Mr Obama also proposed plans to increase the number of solar and wind energy projects as the Government aims to generate 20% of its electricity from renewable sources by the end of the decade.

Earlier this year the US Government set out new standards for cleaner fuels in an effort to cut air pollution.