More than two million homes in Peru (pictured, Cusco city) will soon have access to electricity following the Government’s plans to install solar panels in 500,000 households across the country. […] 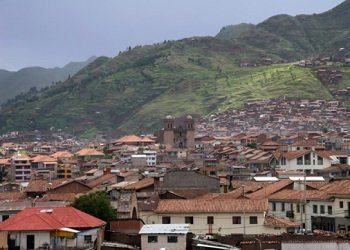 More than two million homes in Peru (pictured, Cusco city) will soon have access to electricity following the Government’s plans to install solar panels in 500,000 households across the country.

Minister of Energy and Mines Jorge Merino Tafur announced the start of the new National Photovoltaic Household Electrification Programme (NPHEP), which aims to provide energy to 95% of the nation by 2016. He said the ultimate goal of the initiative is to bring electricity to more than two million Peruvians living in areas of extreme poverty and cannot have access through conventional networks.

Mr Tafur said: “This is a programme aimed at the poorest people, those who lack access to electric lighting and still use oil lamps, spending their own resources to pay for fuels that harm their health.”

The initial phase of the project was conducted in the Calicot village, ten minutes from the town of Contai, which saw 1,601 installations that will power 126 communities for the first time.

The NPHEP’s overall cost is expected to be $200 million (£133.9m), with the hope of installing 12,500 PV systems over five years. Bidding will soon be opened for solar developers to install the rest of the panels. Only 66% of the population is said to have access to electricity in Peru, leaving 1.6 million households with no access.

Yesterday, the UK Government gave the phrase “fuel poverty” a new definition to ensure support is better targeted at those who need it most.