Britain must stick to its targets for limiting greenhouse gas emissions despite criticism from the Treasury, a group of MPs have warned. The UK Government is required to set a […] 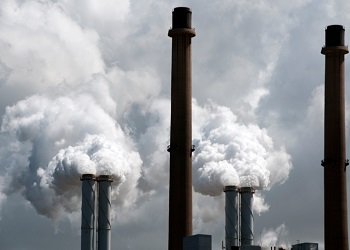 Britain must stick to its targets for limiting greenhouse gas emissions despite criticism from the Treasury, a group of MPs have warned.

The UK Government is required to set a series of targets for greenhouse gas emissions over five-year periods up to 2027, known as carbon budgets, which aims to put the nation on track towards cutting emissions by 80% by 2050.

With the Government set to review the target for the fourth carbon budget for the period 2023-2027 next year, the Environmental Audit Committee is urging it not to water it down as Chancellor George Osborne has hinted the UK shouldn’t lead the world in climate action.

In its latest report investigating whether carbon emissions targets should be relaxed, the Committee said the UK’s existing plans represents the “minimum level of emissions reduction required to avoid a global 2°C temperature rise”.

The world is currently on track to warm by 4°C and the Committee on Climate Change’s figures showed emissions rose by 3.5% in the UK last year, the report stated.

Chair of the Environmental Audit Committee Joan Walley MP said: “Some commentators are intent on spinning recent developments in climate science to suggest we can relax our efforts to cut carbon, in the mistaken belief that this would be better for our economy.

“Given that emissions are currently not falling fast enough to prevent a dangerous destabilisation of the global climate in the coming decades it would be incredibly short-sighted to slacken our carbon budgets now. The UK’s leading climate scientists are saying loud and clear that there is no scientific case for watering down our long term emissions reduction targets. And the recent IPCC report echoes that message. Policy-makers must listen.”

The report also looked into the progress towards meeting existing and future carbon budgets and found the current and second (2013-2017) carbon budgets will be easily met but the UK is not on track to meet the third (2018-22) and fourth budgets (2023-2027) as it believes “not enough progress is being made in decarbonising transport, buildings and heat production”.

The MPs are calling on the Government to commit to retaining the fourth carbon budget targets and develop new policies to ensure the goals are met.

Mr Walley added: “The Government should be introducing innovative policies now to ensure that Britain is well on the way to going green by the middle of the 2020s. Ministers need to show much more vision now on how we can cut waste, improve our public transport and insulate more homes and businesses from rising fossil fuel costs. If we leave these changes for another ten years it will become much more expensive to meet our climate change targets and we will be left behind by successful green countries like Germany.”

The report also pointed out the low Green Deal take-up rates and is urging the Government to step up effort to accelerate the uptake of the energy efficiency scheme and set a decarbonisation target for the power sector for 2030 now rather than in 2016 as suggested by the Committee on Climate Change.