Energy Secretary Ed Davey dismissed claims the energy market was “rigged” today by announcing tougher measures to boost competition. He also dangled the prospect of  “criminal sanctions” for anyone found […] 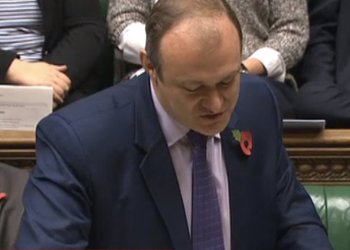 He also dangled the prospect of  “criminal sanctions” for anyone found manipulating energy markets.

Giving the annual energy statement to the House of Commons this morning the Lib Dem minister declared: “This Government has equipped the regulators with strong powers to deal with unjustified barriers to competition. If abuses are found they must be addressed.”

He said the public need to know that upcoming reforms “will have teeth”: “That companies that play outside the rules will be penalised and fined… I intend to consult on the introduction of criminal sanctions for anyone found manipulating energy markets and harming the consumer interest.”

Citing rising wholesale energy costs as the “main driver” of rising energy bills, he added: “The permanent energy change we seek also needs more competitive markets. This is not something the party opposite understands.”

However he took the flak from his opposite number in Labour who said his speech would be “better described as the annual excuses statement”.

Shadow Energy Secretary Caroline Flint said: “The truth is no amount of tinkering and tampering, telling people to shop around or as his Prime Minister suggested, wearing another jumper, is going to solve the real problem with Britain’s energy market – because even the cheapest tariff in a rigged market will still not be a good deal.”

Mr Davey responded by sarcastically thanking her for the response: “There was not a single apology for the black hole of energy investment that party left when they were in government. Mr Speaker, she talked a lot about Ofgem. Who was the party that created it? Who reformed Ofgem to make it stronger? The leader of the opposition. So by attacking the regulator the honourable lady is attacking her own party.”

Several times the Energy Secretary was forced to sidestep questions about which green levies the Prime Minister will be chopping in his review.

He would only be drawn so far as to state: “The issue I believe Mr Speaker is whether levies should be on bills or on taxes. We are looking at that.”

Mr Davey also said he wants suppliers to agree and deliver a plan to “speed up switching down to 24 hours, without increasing bills”, adding the Government is “prepared to take action to compel those who drag their heels.”