The Big Six energy suppliers are largely meeting their Warm Home Discount (WHD) obligations according to a report on the second year of the scheme released by Ofgem. Overall the […] 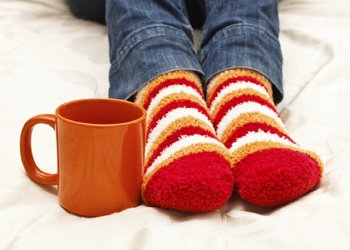 The Big Six energy suppliers are largely meeting their Warm Home Discount (WHD) obligations according to a report on the second year of the scheme released by Ofgem.

Overall the suppliers – which have to participate in the scheme – spent a total £290.3 million on helping customers who are fuel poor or in a fuel poor risk group.

Most of that (£283.3m) counted towards their WHD obligations – the regulator noted in some cases suppliers did more than they needed to.

Spending is allotted to people in four different categories, with the biggest portion of cash – a total of £150.5 million – going to the core group which covers fuel poor pensioners. Around 1.16 million customers each got a £130 rebate off their energy bills.

Ofgem found 99.9% of these discounts were paid on time or counted as ‘permissible exceptions’ – where, for example, the customer was dead or had closed their account with the supplier.

A ‘broader group’ of people – who are fuel poor but don’t qualify for help in the core group – also got £130 rebates. Surprisingly the suppliers beat their target for this group by 34%, giving £63.3 million in discounts to just under half a million customers.

Some gave out more than others. British Gas did the best, exceeding its requirements by slightly more than 60%. SSE took second spot providing around 45% more discounts than it needed to. The worst performers were npower and EDF who only just exceeded their obligations.

The rest of the suppliers’ cash went on legacy spending – £70 million to bridge the gap between the WHD and previous bill discounts – and so-called ‘industry initiatives’ which aren’t compulsory. Nearly 99,000 customers and around 3,800 trainees benefited from the scheme, with 70% of spending going towards debt assistance.