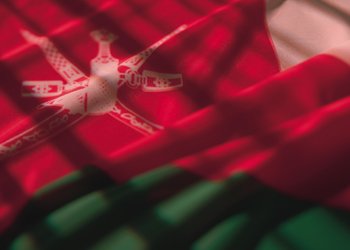 British oil giant BP will drill and sell gas to Oman for 30 years after the two signed a $16 billion (£9.8bn) deal today.

It’s the largest new ‘upstream’ project in the Middle Eastern sultanate – that is, in fossil fuel production rather than processing.

The Khazzan field has a gas reservoir in sandstone and this ‘tight’ gas is extracted in a similar way to shale gas by horizontally drilling and then ‘fracking’.

Dr Mohammed Al Rumhy, Oman’s Minister of Oil and Gas said: “Today’s signing is an important step in the Sultanate of Oman’s plans to meet growing demand for energy over the coming decades and to contribute to economic development in Oman.”

The oil firm has plans for 300 wells over 15 years and will continue to sell Oman gas for another 15 years.

It expects it to produce one billion cubic feet (or 28.3 million cubic metres) of gas per day and 25,000 barrels per day of gas condensate, a product extracted from raw natural gas.

That’s equivalent to around a third of Oman’s total daily domestic gas supply.

Bob Dudley, BP Group Chief Executive said the “major project… is very important for both Oman and for BP”.

Oil and gas are a staple part of the coastal country’s economy. It produced 46.4 million tonnes of crude oil and 69,000 tonnes of liquid petroleum gas in 2011 according to International Energy Agency figures.