Landowners in Sussex have mounted a legal challenge to fracking in the South Downs – before it has even begun. Oil and gas company Celtique Energie has applied for planning […] 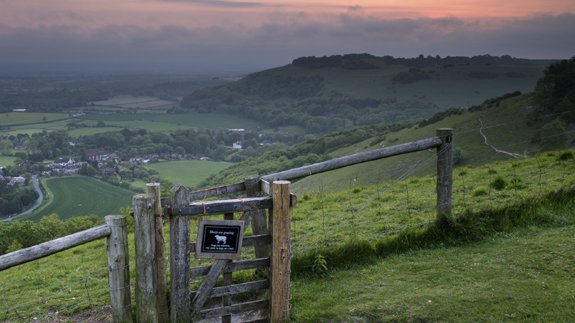 Landowners in Sussex have mounted a legal challenge to fracking in the South Downs – before it has even begun.

Oil and gas company Celtique Energie has applied for planning permission to drill for shale gas near the national park.

Lawyers acting on behalf of residents near the village of Fernhurst have written to Celtique Energie and Energy Secretary Ed Davey stating that they explicitly deny permission for horizontal drilling under their land and properties.

The move comes after hints the Government may change trespass law to make it easier for companies to drill under people’s homes.

Marcus Adams, another landowner who has joined the legal block said: “Trespass law gives residents a chance to stand up to powerful corporations wanting to drill under their homes, but now the government wants to take this protection away from them.

“Many Tory voters here will be baffled by a government ready to bend the rule of law and chip away at homeowners’ rights to clear a path for the industrialisation of our countryside.”

The oil and gas firm acknowledged there is “significant interest locally” in their South Downs work.

A spokesperson from Celtique said: “The horizontal well would be located exclusively within the ownership of the land owners with whom Celtique has entered into a leasing agreement for its proposed exploration well. Furthermore the horizontal well is only an option at this stage and would be drilled on the basis of positive data from the vertical well.”

DECC said it issues licences to when the operator secures landowners’ permission and meets “stringent regulations” including planning permission.