European politicians are proposing to ease rules on trucks to boost safety and fuel savings. Yesterday MEPs on the EU’s Transport Committee put forward draft rules which would let designers […] 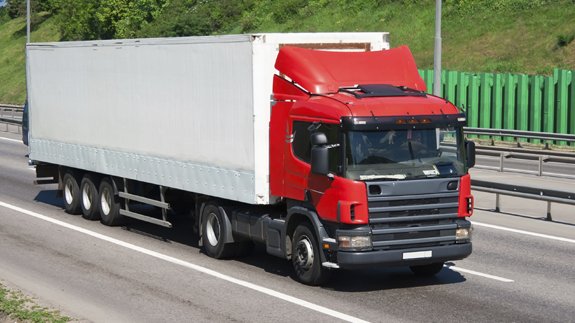 European politicians are proposing to ease rules on trucks to boost safety and fuel savings.

Yesterday MEPs on the EU’s Transport Committee put forward draft rules which would let designers change the bodywork of lorries.

At the moment it is illegal to make trucks too long or weigh too much – but the rule change would make an exception for streamlined designs for fuel efficiency and safety reasons.

MEP Jörg Leichtfried said: “The draft rules would allow designers to put better trucks on the road that improve road safety and reduce environmental damage… By deleting the parts of the legislative proposal on cross-border circulation for longer vehicles”.

The Commission will be asked to review the situation and report back to the Parliament and the Council by 2016.

Christopher Snelling, Head of Urban Policy told ELN: “It should help with the flexibility to put things at the front and back [of vehicles] to improve aerodynamics… If it doesn’t affect your ability to navigate, why not?”

Changing the flat profile would be more aerodynamic, as well as improving safety, he said: “In theory it would reduce the [driver’s] blind spot and if, if they did hit anyone they would be pushed to the side rather than in front and under.”

People in the industry are “very keen” on the changes although it’s hard to gauge whether any are planning new trucks as changes are currently illegal, he added.

The European Automobile Manufacturers’ Association (ACEA) stressed it is “not necessary” to re-design the cab to have the best safety outcome.

Secretary General Erik Jonnaert said: “Safety technologies that prevent accidents happening in the first place are the way forward. The industry is committed to continuing to build safety technologies into commercial vehicles.”