Developers of nuclear power plants in the future shouldn’t expect to receive the same level of support as agreed for EDF’s £16 billion Hinkley Point project. That’s the view of […] 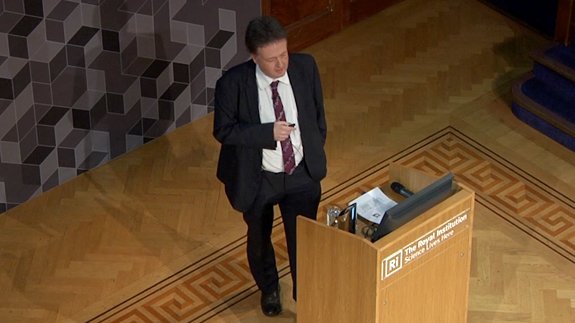 Developers of nuclear power plants in the future shouldn’t expect to receive the same level of support as agreed for EDF’s £16 billion Hinkley Point project.

That’s the view of William Nuttall, Professor of Energy at The Open University, who told ELN the so-called strike price of £92.50 per megawatt hour (MWh) is “not too high”.

He believes “first movers” should receive extra support as they are doing “some of the heavy lifting” but those who follow shouldn’t expect the same.

Mr Nuttall added: “My expectation is that later nuclear projects should expect to receive a lower strike price compared to the Hinkley project.”

Speaking at the Institution of Engineering and Technology’s (IET) Clerk Maxwell lecture at the Royal Institution yesterday, Mr Nuttall said it is “verging on impossible” to address the energy policy trilemma – – the economics of affordability and national competitiveness, the environmental challenges, mainly around CO2 emissions and energy security.

He told ELN: “If one considers one of those ideas in isolation, it’s relatively easy to deliver. For example, combined cycle gas turbines are attractive in affordability terms but what do they really mean for energy security and for global climate change? It’s when one starts to address two or three of the trilemma issues simultaneously, things start to become a little bit difficult.”

“The problem for nuclear power really is the cost, the economic risks and how those risks are allocated in our electricity economy… Nuclear power is relatively good for two aspects of the trilemma.”

He also believes the UK is a “highly capable and technical nation with great strength in engineering” to help meet global challenges.

The IET’s latest survey revealed two in five (43%) people in the UK would be willing to pay more for their electricity bills today in order to help cut carbon emissions in the future. A smaller number (32%) said they support increased investment from the UK Government to build new nuclear power stations as part of a low carbon future while 21% of those asked opposed increased investment in nuclear.