Small and medium sized businesses have been paying hundreds of millions of pounds more for their gas and electricity every year. The Competition and Markets Authority (CMA) found “excess profits” […] 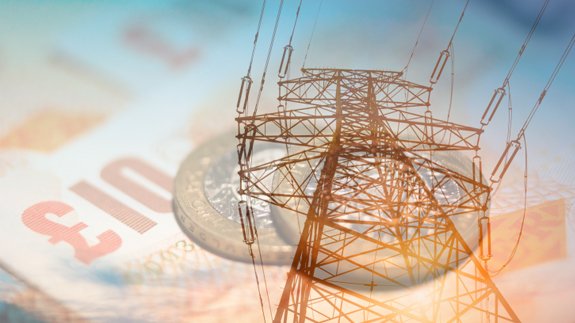 Small and medium sized businesses have been paying hundreds of millions of pounds more for their gas and electricity every year.

The Competition and Markets Authority (CMA) found “excess profits” made by the Big Six companies from supplying energy to SME customers amounted to around £280 million per year from 2007 to 2014.

Out of that, around £230 million per year is estimated to be related to microbusiness customers.

That means British Gas, EDF Energy, E.ON, npower, ScottishPower and SSE could have charged around 6% more for gas and electricity to microbusinesses “than would have been the case in a better functioning market”, according to the CMA’s provisional findings.

It has set out a package of measures, including those for microbusiness customers to “engage and exploit the benefits of competition”.

It is proposing improved price transparency, which would require suppliers to disclose the prices of all their available acquisition and retention contracts “to a large proportion” of their microbusiness customers.

Suppliers must also disclose their out-of-contract (OOC) and deemed contract prices on their websites.

The CMA believes auto-rollover contracts should not be allowed and microbusinesses should be given greater notice periods with no termination fees as it currently prevents them from switching.

In addition it adds suppliers should prompt microbusiness customers to engage and disclose the details of their “most disengaged” customers to rival suppliers.

The CMA found around 70% of householders buying energy from the Big Six are still on the more expensive “default” standard variable tariff (SVT).

Its analysis reveals they could have been paying around £1.7 billion a year more than they would in a competitive market and switching to a cheaper deal could save them more than £300 each.

The CMA suggests the creation of an Ofgem-controlled database of disengaged customers who have been on a SVT for more than three years, which will allow rival suppliers to target them.

It adds a temporary safeguard price control must be set until 2020 to protect customers on prepayment meters, which would reduce their bills by a total of £300 million a year.

The CMA is also proposing measures to reset the relationship between Ofgem, DECC and the industry “so decisions are made efficiently on the basis of readily available accurate information, with the impact on consumers clearly set out”.

They would include requiring the largest suppliers to provide “fuller information” on their financial performance and increased public consultation by DECC on policy decisions being taken.

The competition watchdog states the system of self-regulation of industry codes must change so Ofgem is in a better position to ensure measures that benefit consumers are introduced promptly.

It adds measures to strengthen the ability and incentives of third party intermediaries such as price comparison websites (PCWs) must be introduced to help customers find better deals. This would include PCWs to be transparent about how they cover the market and the information on display.

The CMA proposes removing Ofgem’s four-tariff rule as it believes it limits competition and innovation. “This will enable suppliers and PCWs to offer tariffs designed for certain customer groups,” it states.

Roger Witcomb, Chairman of the energy market investigation, said: “Clearing the way for competing suppliers and price comparison websites, to alert customers to the savings they can make will shake up the industry. Given the scale of the problems and the potential savings on offer, we think bold measures like giving rival suppliers the chance to contact long-standing SVT customers are justified.

“The fact that energy and climate policies are expected to make up 37% of the household cost of electricity by 2020 shows the impact that policy and regulatory decisions can have on bills. The evident importance of these and other decisions affecting the future of the energy sector demands clarity and transparency – and a policy making and regulatory structure which is fit for this purpose.

“We think that this coherent and comprehensive package of reforms to address the problems we’ve found – including those which whilst less evident to customers can still have a huge impact on bills – will help transform the energy sector so that all customers benefit.”

The competition watchdog highlighted a number of failings within the Contracts for Difference (CfD) scheme.