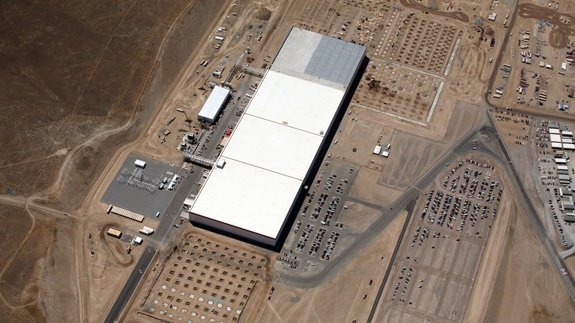 The $5 billion (£3.75bn) lithium ion battery factory is expected to produce enough batteries for around 500,000 Tesla cars every year.

The firm also expects the site to reach full capacity and produce more batteries annually than what was produced worldwide in 2013 by the end of the decade.

The factory will be powered entirely by renewable sources and Tesla expects to reduce the per kilowatt hour (kWh) cost of its battery pack by more than 30%.

Japanese electronics giant Panasonic has also invested in the Gigafactory.