Ford speeds towards driverless cars by 2021

Ford has announced plans to produce fully autonomous driverless cars by 2021. The cars will operate as part of a taxi hailing service like Uber, although without a driver or back-up steering wheel. […] 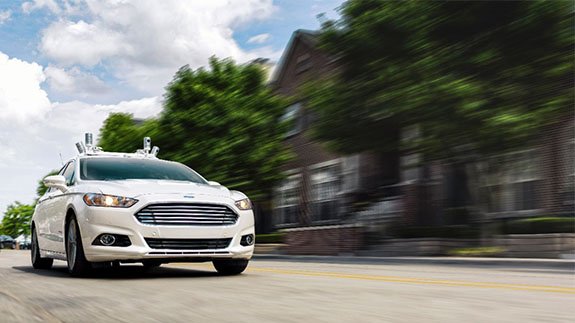 The cars will operate as part of a taxi hailing service like Uber, although without a driver or back-up steering wheel.

Ford President, Mark Fields, said: “Whether you want to do work, whether you want entertainment, those are the types of things we are thinking about as we design the experience for this type of autonomous vehicle. Our goal is not only to be an auto company but an auto and mobility company.”

Ford’s recent descriptions of itself as a technology company as well as a car maker are reinforced by its plans to significantly increase investment in its Silicon Valley research centre and into other areas of driverless technology.

In partnership with Chinese firm Baidu, Ford has made a joint investment of $150 million (£115.3m) in Velodyne, a company developing light detection and ranging technology to detect objects around the car.

Ford was also part of an investment round that raised $6.6 million (£5.07m) for digital mapping company Civil Maps.