Belgium has invested in Europe’s largest ever electric-hybrid bus fleet. The cities of Charleroi and Namur have ordered a total of 90 Volvo 7900 buses as well as 12 charging stations. The […] 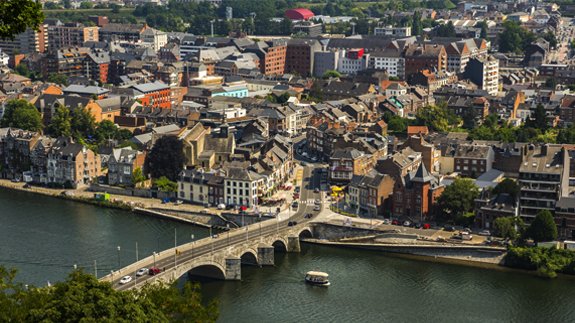 Belgium has invested in Europe’s largest ever electric-hybrid bus fleet.

The cities of Charleroi and Namur have ordered a total of 90 Volvo 7900 buses as well as 12 charging stations.

The buses use 60% less energy and produce up to 90% less greenhouse gas emissions than regular diesel models. The recharging cycle only takes three to four minutes.

Public transport company TEC Group has made the purchase, with ABB in charge of delivering the refuelling infrastructure – it’s hoped everything will be operational by March 2018.

The order is broken down into 55 buses and four charging points for Charleroi and another 35 buses and eight charging stations in Namur.

Namur previously ordered 11 green buses and charging points, which became operational in January this year. Once the 35 new buses take to the roads, 90% of the city’s public transport will be electrified.

The fleet purchase aligns with the EU’s long-term objective to improve air quality.

Vincent Peremans, CEO of the TEC Group, said: “This strategic investment will participate in the improvement of the quality of life in the main city centers and will allow the Walloon Region to achieve its environmental goals.

“The hybrid technology is the best compromise between the operational constraints and the energy efficiency for urban buses today.”

The first fully electric bus routes in central London will be rolled out by the end of the year.

A London-based bank has also offered a €22 million (£18.9m) loan to upgrade buses in the Romanian city of Constanta.