INEOS is to buy DONG’s Oil & Gas Business for $1.05 billion (£810m). The deal will position INEOS as a top 10 company in the North Sea and significantly expand its trading […] 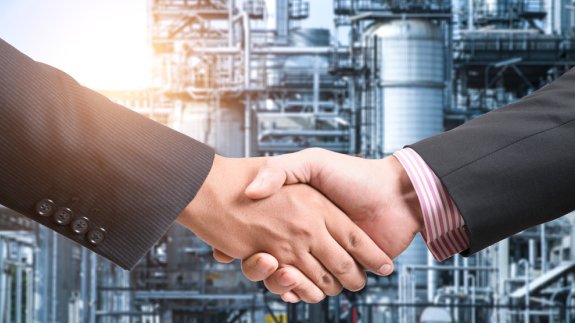 The deal will position INEOS as a top 10 company in the North Sea and significantly expand its trading and shipping activities.

DONG will sell its entire portfolio, made up of a mix of long life and development fields, producing an average of 100,000 barrels of oil equivalent (boe) each day in the North Sea alone.

It also includes around 570 million boe of oil and gas reserves in Denmark, Norway and the UK.

“Most of the gas actually produced doesn’t go into the power industry, most of the gas goes into heating and industry. We have a lot of confidence in gas as a fuel and think the investment makes a great deal of sense.

“80% of the homes in the UK are heated by gas, so renewables are not going to sort that problem out in anything like the short term, that’s going to take decades to get right – until we get to that stage we still need gas and need it in a big way.”

Mr Crotty also told ELN he believes shale gas has “pretty massive” potential to stop the UK relying on imports for 60% of its gas, which he said was “not a good position to be in going forwards”.

He added: “The more we can domestically produce, the better in terms of money and security of supply.

“Over the next 10 years, through Brexit and everything else, all the pressures on the UK economy, that will be enormously beneficial if we can have another North Sea.

“If you look at what the North Sea did for the UK overall, if we could have another supply of gas it would be massively beneficial to the UK in terms of jobs and in terms of the economy.”

A total of 440 staff are expected to transfer companies when the acquisition completes in Autumn 2017.

DONG Energy has decided to phase out the use of coal in the next six years.