UN and Formula E race ahead to tackle air pollution

The world’s first all-electric racing series has teamed up with UN Environment to improve inner-city air quality. The multi-year partnership will focus on raising awareness of the benefits of electric […] 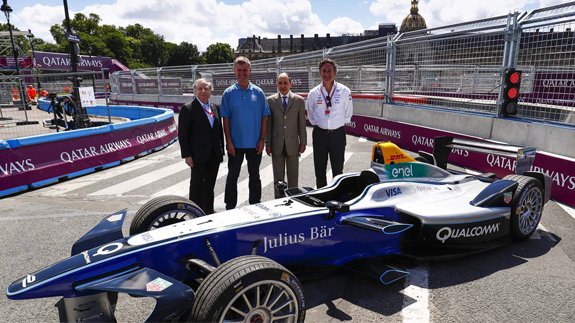 The multi-year partnership will focus on raising awareness of the benefits of electric vehicles among younger generations and motorsport fans globally.

That will include educating future consumers of electric cars and challenging major cities and governments to take action to tackle air pollution.

According to the World Health Organisation, an estimated 6.5 million people die prematurely every year from air pollution-related diseases, with 80% of urban residents worldwide breathing polluted air.

UNEP hopes the popularity of the FIA’s Formula E Championship – which sees fully electric single-seater cars race in cities across the globe – could be leveraged to boost awareness.

Erik Solheim, Head of UNEP said: “Formula E puts a fresh spotlight on electric vehicles and is an exciting glimpse of what is to come – the age of clean, viable transport. Formula E and UN Environment share the aim to usher in this era and speed up acceptance of these technologies to combat air pollution.”