‘Plastic’s not so fantastic’ says ecologist

Humans have produced eight billion tonnes of plastic since the 1950s, enough to cover the entire surface of Argentina. That’s according to a new study led by Industrial Ecologist Roland Geyer […] 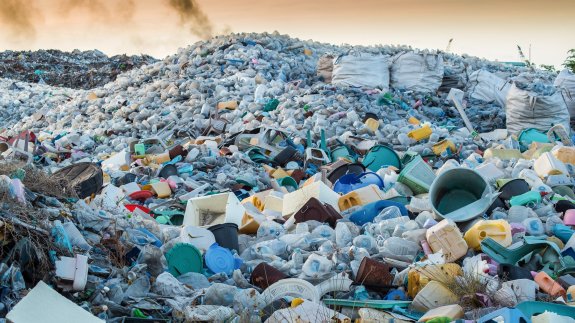 Humans have produced eight billion tonnes of plastic since the 1950s, enough to cover the entire surface of Argentina.

That’s according to a new study led by Industrial Ecologist Roland Geyer from the University of California, which suggests most of this material now resides in landfills or litters forests and oceans.

The professor found global production of plastic resins and fibres increased from two million tonnes a year in 1950 to more than 400 million tonnes in 2015, outpacing nearly all other manmade materials other than steel and cement.

However, whereas these construction materials are used for decades, the largest market for plastics is packaging, which is used once and then discarded – the report claims half of all plastics become waste within four years of manufacture.

Of the 6.3 billion tonnes created by 2015, only 9% had been recycled, 12% had been burnt and 79% still resides in dumps or the natural environment.

If current trends continue, roughly 12 billion metric tons of plastic waste will be in landfills or nature by 2050 – this is a weight of more than 36,000 Empire State Buildings.

Professor Geyer said: “We cannot continue with business as usual unless we want a planet that is literally covered in plastic. I hope this information will be used by policymakers to improve end-of-life management strategies for plastics.

“Put simply, you can’t manage what you don’t measure and so we think policy discussions will be more informed and fact-based now that we have these numbers.”