IKEA has announced plans to start selling energy storage batteries to householders. The home furnishings giant has teamed up with Solarcentury to launch the Solar Battery Storage solution to help […] 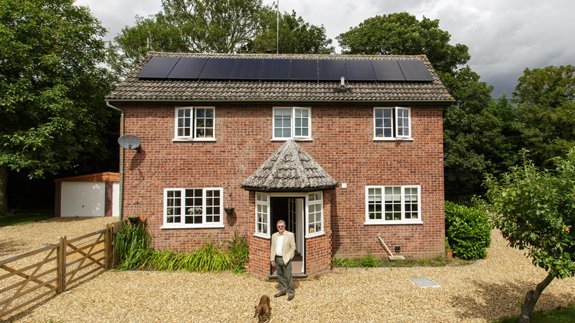 The home furnishings giant has teamed up with Solarcentury to launch the Solar Battery Storage solution to help homeowners make savings on their electricity bills.

The battery storage system is designed to work alongside its existing solar panels, which allows consumers to store excess green power for use at a later time.

According to IKEA, solar homes in the UK typically use just 40% of the electricity generated or even less if they are usually out during the day. The excess power can be sent back to National Grid.

It adds battery storage systems can push up the amount of power used to 80%, which means consumers using solar panels alone can save £380 off electricity bills and with storage, savings could go up to £560 a year.

IKEA claims householders can pay off the capital invested in the solar panels and battery storage – £6,925 in total – in roughly 12 years, at an average of 6% annual return.

Hege Saebjornsen, Country Sustainability Manager at IKEA UK & Ireland said: “We know that our customers want to live more sustainably and together with Solarcentury, we will help them to get more value from their solar panels and do just that.

“With energy bills already going up 15% this year, there’s never been a better time for customers to take back control of their electricity bills and maximise their savings by switching to solar and solar storage.”

The news follows the government’s launch of the first phase of the £246 million battery storage challenge and plans with Ofgem to encourage consumers to generate, store and use their own energy.