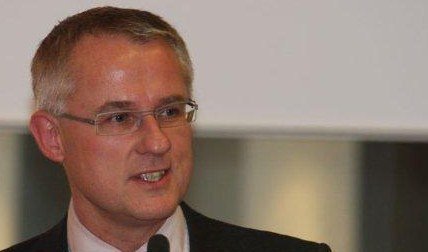 Peter Kurth, president of BDE, Federation of German Waste, Water and Raw Materials Management Industry said: “Great Britain places 60% of all waste in landfill sites. Being in favour of climate protection, yet operating a waste policy that massively damages the climate is contradictory.”

He called for the 27 EU member states to ban landfill for untreated household waste in a bid to tackle the 78 million tonnes of CO2 from greenhouse gas emissions generated by waste each year.

Delegates at the Futuresource conference heard that the increasing demand for raw materials worldwide and the need to stop climate change were Europe’s most pressing issues.

He said: “Climate change threatens the basis of our existence. Controlling it is one of today’s most urgent tasks.”

A wider ban on landfill of waste, higher requirements on incineration and the introduction of separate collection as well as high recover and recycling quotes had produced CO2 savings of 56 million tonnes in Germany in the last 15 years – the equivalent of one quarter of Germany’s total CO2 reductions.

A study by BDE and the German Federal Ministry this year found that up to 114 million tonnes of CO2 could be saved through banning untreated landfill waste, increasing recycling and introducing technical measures and efficiency improvements.