Doubts have been cast on the potential success of electric cars by the energy director of global consultancy Arup. John Miles said that electric cars faced several hurdles, the biggest […] 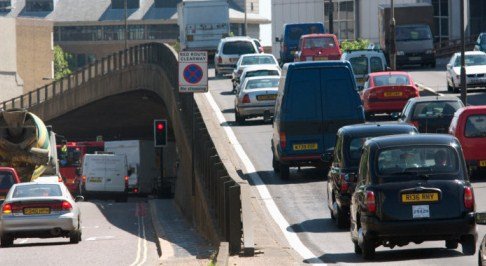 Doubts have been cast on the potential success of electric cars by the energy director of global consultancy Arup.

John Miles said that electric cars faced several hurdles, the biggest of which was their price.

“How do you convince people to spend £20k on a car that they currently pay 10k for? The cost is going to be prohibitive,” he told the Economist’s UK Energy Summit.

“And once you’ve got it out of the showroom,” he added, “where are you going to plug it into?”

“It’s rather a glib assumption that everything is going to be powered by electricity by 2050,” he said.

He also posed a question over the loss of fuel tax from a switch to electric vehicles.

“If you lose that tax on petrol, where is it going to come from? Time-of-use tariffs will become the norm and that is the cloak where the tax will come from… because it cannot go away.”

However, Mr Miles’ perspective was attacked by Sir David King, Director of the Smith School of Enterprise and Environment at Oxford University.

“Your gloominess is not justified,” he told Mr Miles. “We are going to see a transformation [in energy technology] over the next 40 years rather like the e-transformation that none of us expected. You are far too gloomy about science and technology.”

The debate took place at The Dorchester in London in the week that EDF Energy and Toyota launched a three-year leasing programme to put ultra-low emissions plug-in hybrid vehicles on the streets of the capital.

See our story EDF and Toyota in London hybrid campaign