Councils will get chance to sell electricity into grid

On the day that the carbon footprint of every local council in England was published, it was announced that a ban on local authority’s selling green electricity into the national […] 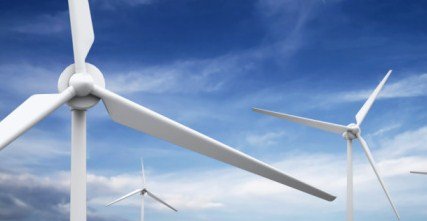 On the day that the carbon footprint of every local council in England was published, it was announced that a ban on local authority’s selling green electricity into the national grid was to be overturned.

Speaking at the Local Government Association’s annual conference last Wednesday, energy secretary of state Chris Huhne said that he wants local councils to be allowed to sell electricity they produce from renewables to the national electricity grid.

Mr Huhne: “We want to see communities and individuals owning a stake in our collective low-carbon future. The coalition programme sets out our commitments to more community-owned renewable energy schemes, and to allow communities that host renewable energy projects to retain the additional business rates they generate.

“It is frankly ridiculous that the 1976 Local Government Act prevents councils from selling electricity from local wind turbines, or from anaerobic digestion. I want to see this repealed. By the end of the year, I hope local authorities will be able to sell electricity from renewables – generating revenue to help local services and keep council tax down: local communities, truly benefiting from the low-carbon transition.

Yet as Mr Huhne was speaking to the LGA in Bournemouth, a London conference heard how many energy managers, including some from local authorities, were baffled and angry that renewables were not included in the CRC Energy Efficiency Scheme.

Bristol City Council’s energy manager Paul Isbell said that the authority was spending £9m on wind turbines, but added: “It’s crazy that renewables cannot be included [in the CRC]. It does not make sense. We are going to get to the stage where everyone has squeezed their energy. We have to get on to renewables.”

Tesco’s senior energy buyer James Summerbell told the CRC Energy Efficiency Summit that the supermarket giant “has been actively lobbying that electricity from renewables sources be included in the CRC.”

Cal Bailey, sustainability director of building services company NG Bailey, also found that the government’s ambition to be “the greenest ever” jarred with its decision this week to axe the Building Schools for the Future programme, including a £2.5m schools contribution to an eco-towns initiative.

Yesterday also saw the publication for the first time of the carbon footprint of every local council in England. The figures calculated the CO2 produced by councils in powering and heating their buildings, such as libraries, schools and leisure centres, as well as emissions from business travel, fleet vehicles and even refuse trucks.

In total, local authorities were responsible for 8.3m tonnes of CO2.