The deal means the two companies will now explore a range of technologies including offshore wind farms, advanced technology for smart electricity grids and low carbon vehicles, carbon capture and […] 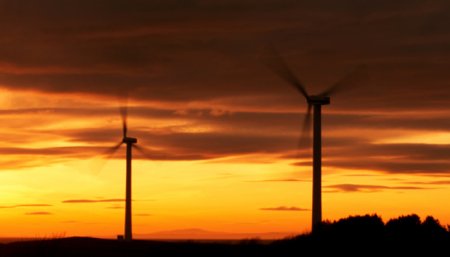 Last October Scottish and Southern set up a Centre of Engineering Excellence in Renewable Energy in partnership with the University of Strathclyde. This deal with Mitsubishi should lead to up to 100 additional new engineering-based jobs being created at the Centre which is expected to grow to up to 1,000 jobs over five years.

Colin Hood, Chief Operating Officer of SSE, said: “This agreement represents one of the most significant industrial partnerships to be established in Scotland since the heyday of North Sea oil – and low carbon energy represents Scotland’s biggest economic opportunity since then.”

Mr Akio Fukui, Chief Executive Officer of Mitsubishi Power Systems Europe, said: “I am delighted to have the opportunity to work even more closely with colleagues from SSE in these very exciting areas of low carbon technology. The move to low carbon is a major step, and we look forward to working in partnership in Scotland, and growing our UK headquartered business.”

It’s estimated Scotland’s total practical offshore resource is 206 Gigawatts. By harnessing around a third of that resource, installed offshore renewables capacity could reach 68 GW in Scotland by 2050, enabling the country to become a massive net exporter of clean, green energy.