One of the UK’s biggest buyers of energy has demanded that Energy secretary Chris Huhne ‘listen to his party’ and back nuclear. The call from M&C Energy Group comes on […] 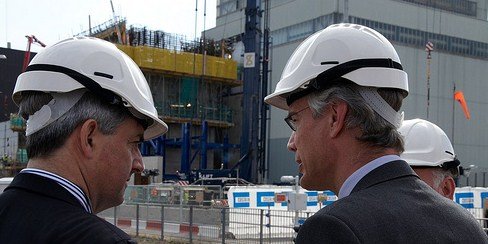 One of the UK’s biggest buyers of energy has demanded that Energy secretary Chris Huhne ‘listen to his party’ and back nuclear.

The call from M&C Energy Group comes on the back of a recent Liberal Democrat Voice poll which revealed that 68% of Lib Dem members support nuclear as part of the UK’s energy mix.

In the poll, more than a quarter of respondents approved of public subsidy to kick-start nuclear new build.

M&C, which has been calling for ‘immediate action’ to secure the UK’s energy future, believes that Mr Huhne must now put aside his own personal objection to nuclear and take necessary action.

Hunter added: “The challenge is gargantuan and the secretary of state must now take the lead to stimulate nuclear new build. Ofgem, the industry regulator, estimates that £200bn of investment needs to be found in the next decade to secure Britain’s energy future.

“If getting the ‘green light’ by members gives Mr Huhne permission to press ahead then he needs to do so and fast, or the UK will fall further behind in the race to light and heat Britain.”

Hunter also expressed concern at what he called the marginalisation of Scotland, which is still committed to eliminating nuclear power north of the border.

Hunter added: “In an ideal world, we would switch to 100% renewable energy sources. Unfortunately, this is not practical. If Mr Huhne can accept that then the Scottish government should also ‘sanity check’ their energy policy to ensure Scotland isn’t left literally in the dark.”