‘Ignorance not an option’ on CRC

“Ignorance is not an option.” That was the message delivered yesterday regarding the CRC. At one of the Energy Event’s opening seminars, Richard Hipkiss, director of i-prophets energy services, told […] 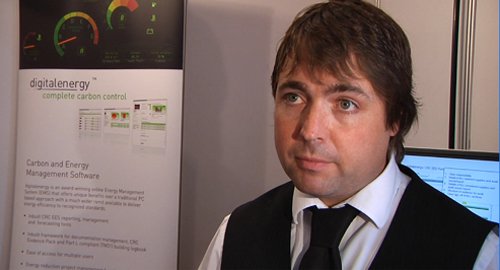 “Ignorance is not an option.” That was the message delivered yesterday regarding the CRC.

At one of the Energy Event’s opening seminars, Richard Hipkiss, director of i-prophets energy services, told delegates that with just 17 days to go until the CRC deadline, there are under 2000 organisations registered out of a potential 3,500 to 4,000.

He added it was clear that the companies coming forward to find out more about the CRC were those that had already registered, begging the question: what are the rest doing? And he emphasised that with potentially massive fines looming: “Ignorance is not an option.”

Hipkiss told the audience at the National Motorcycle Museum: “Everybody’s talking about the CRC. Why? Because it’s the biggest thing to affect energy emissions legislation for a very long time.”

He said that the “design of the scheme is very, very well thought out. While it was designed in a very different economic state from today, it is designed to generate infrastructure change to generate energy efficiency.”

At the same seminar, Paul Hamblyn, consultancy services manager at Pulse 24, revealed that a carbon trading trial run over the past year in Yorkshire dispelled some myths about the CRC. “There is an assumption that the public sector will do worse under the CRC than the private sector.” Yet as the Yorkshire trial went on, it was an NHS trust that lead the way.

Among delegates attending the seminar was Ben Brakes, environment manager for Whitbread, which owns brands including Premier Inn, Beefeater pubs and Costa Coffee. Brakes is a fan of the CRC. “It’s great,” he said, explaining that Whitbread started preparing for the CRC two years ago, resulting in all staff being “on board by last year, from the CEO down to individual departments”.

The seminar was organised by Esta energy technology association Esta, and its executive director Alan Aldridge opened the session by telling delegates that the change of government had resulted in “not a lot of change within the policies, but the ambition within the policies is going up a gear”.