A Europe-wide project called DISCO is looking for new ways to turn renewable materials into biofuels. DISCO, which is EU-funded and takes its name from the word ‘discovery’, comprises 11 […] 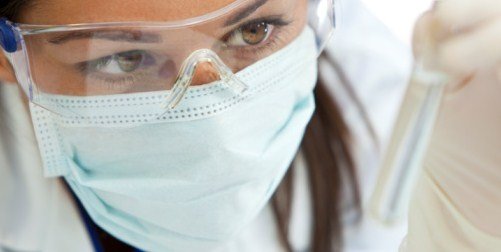 A Europe-wide project called DISCO is looking for new ways to turn renewable materials into biofuels.

DISCO, which is EU-funded and takes its name from the word ‘discovery’, comprises 11 research institutes, universities and industrial partners from Europe, mainly from Finland, the Netherlands. The UK is represented by the Institute of Food Research in Norwich.

It is using spruce chips from paper-making, wheat straw from farming and waste bran from milling as potential sources for fermentation by microorganisms to produce bioethanol, and is discovering new enzymes that could help carry out this process.

Wheat straw, spruce chips and wheat bran are all considered as waste materials from different industries, and are found in great abundance across Europe. A major constituent of them is lignocellulose, a complex mixture of carbohydrate molecules bound to lignin, the component that forms the basis of wood. Lignocellulose is what gives trees and plants their strength, and durability, and it is these properties that have held back the exploitation of lignocellulosic materials for biofuel production. The molecular nature of lignocellulose makes it resistant to the actions of microorganisms that could otherwise convert it to simple sugar molecules needed to make biofuels.

DISCO is searching for microorganisms that can degrade the lignocellulosic material. Microorganisms obtain their energy from breaking down the complex molecules in nature and turning them into simpler sugars and further to energy. The DISCO project is hoping to find species of microorganisms which have evolved the highly specialised ability to break down the resistant lignocellulose material.

“We’re looking to nature to find answers to the problem of efficiently generating next-generation biofuels from renewable sources, in this case from abundant waste materials from farming and industry,” said Professor Kristiina Kruus of the Technical Research Centre of Finland. “That answer could literally be lying in the soil, in an undiscovered and uncharacterised microorganism.”

The overall aim of the project is to end up with a cocktail of microorganism-derived enzymes that can simultaneously breakdown the complex lignocellose into simple sugars, and enable yeast co-fermentation to produce bioethanol. Initially a pilot scale plant will be developed. However, the starting materials, wheat straw, bran and spruce, are found in abundance throughout Europe as waste materials, so it is hoped that the DISCO project will lead to full scale plants producing biofuels across the continent.