As part of the biggest investigation into illegal electrical waste exportation, the EA has charged nine people with offences under the Transfrontier Shipment of Waste Regulations Act. Andy Higham, the […] 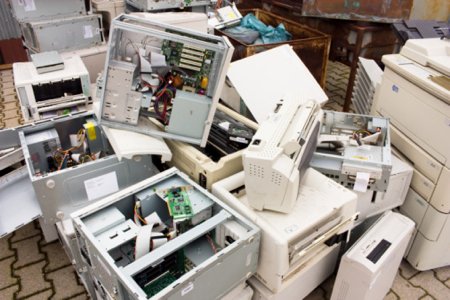 As part of the biggest investigation into illegal electrical waste exportation, the EA has charged nine people with offences under the Transfrontier Shipment of Waste Regulations Act.

Andy Higham, the EA’s National Environment Crime Team Manager said: “Over the past two years painstaking intelligence work by Environment Agency officers has uncovered a web of individuals and companies that appear to be making considerable sums of money by exporting electrical waste overseas.”

Investigations began mid-2008 when the EA’s National Crime Team discovered a network of individuals, waste companies and export businesses allegedly involved in the export of electrical waste. More than a million tones of electrical items are thrown away each year in the UK. Broken electricals cannot be sent overseas for disposal. This waste can contain toxic substances including mercury and lead that can harm people and the environment.

Mr Higham added: “Exporters of broken electricals put at risk the lives of those who work on waste sites in developing countries. These are often children who are paid a pittance to dismantle products containing hazardous waste. Illegal exporters also avoid the costs of recycling in the UK and undermine law-abiding business.”

The National Crime Team was set up early in 2008 and this will be their biggest ever case, in terms of its gravity. “It is certainly the biggest exportation of any waste we have ever had” an Environment Agency spokesperson told ELN.

It is also claimed considerable sums of money changed hands in deals to collect and recycle electrical waste while treatment costs were avoided. The EA successfully prosecuted for the illegal export of electrical waste in July 2010, with a further four prosecutions due in court in the next few weeks.