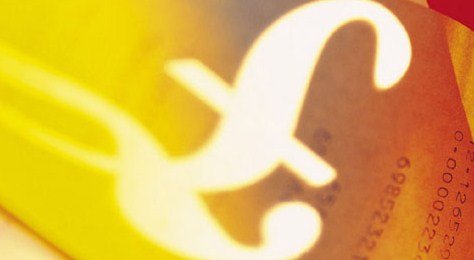 The news from yesterday’s Spending Review that revenue from the CRC would go into the government’s coffers rather than be recycled back to participants has sent shockwaves through the UK energy world.

Yesterday afternoon at the European Future Energy Forum, industry players were reeling from the news and a presentation on the CRC was rapidly overhauled to take account of the changes that had just happened.

One of the speakers was energy consultant and CRC specialist Bill Wright. He said: “There was always a fear that the CRC would be a target for the government for a tax. What has happened today has blown all my calculations out of the water.”

He added: “I imagine there is panic in DECC and the Environment Agency at the moment.”

And Rachel Cooper, an energy consultant at Schneider Electric, wondered whether yesterday’s news made the CRC league tables – and their reputational value – redundant.

Today, ELN has been inundated with further reaction to the changes. Paul Hamblyn, consultancy services manager at Pulse24, said: “Most participants I’ve spoken to are simply dumbfounded. They are fed up with constant change to the scheme and desperately want some clarity and stability.”

Sonny Masero, of CA Technologies, told us: “Without a recycled payment there will be less incentive for organizations to implement early action measures and perform well in the league table. On the face of it, this looks like it is increasing the cost to businesses of participation in the CRC.”

However he added: “It does mean that carbon emissions will still have a cost and it still means that those organizations pursuing energy management programmes will continue to reduce their operating costs.”

Jeremy Nicolson, director of the Energy Intensive Users Group, said that the CRC announcement “lookslike bad news forconsumers, butwe will have to waitto find out if this lossis likely to be offset by othermore positive reforms to this complex and costly policy”.

And Andy Dewis at M&C Energy questioned the government’s line that the changes were being made to reduce the burden on businesses.

“Arguably the burden on businesses is exactly the same from a day to day management perspective and more significant from a financial perspective,” he said. “From what has been released there is a little more breathing space to buy allowances but this may be followed by a sharper intake of breath, as the new costs for most organisations will be much higher to bear given that revenue will not be recycled and a ‘stealth tax’ has been introduced.

Analysts at powerPerfector’s energy verification arm EEVS said the changes to the CRC will be “virtually impossible” to enforce unless significant improvements are made to the way that carbon savings are measured.

Below is the full announcement yesterday from the government affecting the CRC.

“The CRC Energy Efficiency scheme will be simplified to reduce the burden on businesses, with the first allowance sales for 2011-12 emissions now taking place in 2012 rather than 2011. Revenues from allowance sales totalling £1bn a year by 2014-15 will be used to support the public finances, including spending on the environment, rather than recycled to participants.”

Meanwhile, the Environment Agency continues to process registrations for the CRC. A spokeswoman told ELN that the agency has about 200 organisations still going through the registration process, but those were companies which had made contact with the EA before the October 1 deadline, so they were secure from financial penalties.

Not so safe though are a further 100 firms yet to take any CRC action. The agency has yet to establish just how many fines will be issued, but it did confirm that all monies from penalties will be going into the government purse. At the moment, there are 2,279 registered participants.