Does the public still care about climate change?

The public is less concerned about climate change than it was five years ago and is becoming immune to global warming warnings. This shift has been partly caused by the […] 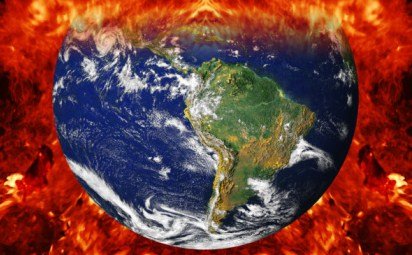 The public is less concerned about climate change than it was five years ago and is becoming immune to global warming warnings.

This shift has been partly caused by the fallout over ‘Climategate’, the 2009 scandal surrounding emails from the University of East Anglia which suggested some global warming data was being manipulated.

Yet despite this dent to scientific credibility, the statistics now are more robust than ever.

At a conference which tackled how to engage the public on climate change, Vicky Pope, head of climate advice at the Met Office, said: “The public engagement with climate change has decreased, which is at odds with the science, as I think the evidence has actually increased. Part of the issue is a lack of understanding of how science works. Greenhouse gas is good… there’d be no life on the planet without it.”

The debate was opened by Shadow Secretary for Energy and Climate Change Meg Hillier, who said it was “vital to get the public involved and to understand that local action has a global impact.”

Fellow Labour MP and former Energy Minister Joan Ruddock told delegates: “When I used to travel the world speaking to other ministers involved in climate change, there was no-one amongst the politicians who did not believe climate change was under way: no-one, without a single exception.”

She also wondered whether even among those people “who reject the science, or may have reservations about the science… who would not seek to preserve our precious and dwindling resources by energy efficiency?”

Edward Langley, head of environmental research at Ipsos MORI, said that since 2005, “uncertainty over the science has led to a disproportionate voice for skeptics.”

The recession was also cited has having an effect on public involvement with the environment. Dr Benny Peiser, director of The Global Warming Policy Foundation, said: “We are all rather concerned about the economic costs of some these policies currently being advocated. The crisis of the last few years has greatly dampened the enthusiasm for expensive policies.”