China and other emerging countries will play a hugely critical role in the future of the world’s energy, a leading energy expert has revealed. Dr Fatih Birol spoke of the […] 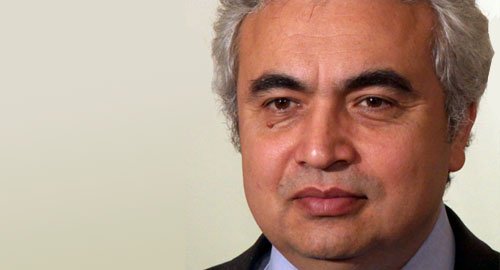 China and other emerging countries will play a hugely critical role in the future of the world’s energy, a leading energy expert has revealed. Dr Fatih Birol spoke of the findings of the 2010 World Energy Outlook report which also warned of the importance of low carbon strategies for climate change mitigation.

China are set to become key exporters of renewable industry even though they are expected to massively increase their use of coal-fired power plants. Dr Birol said: “We expect renewable energies to grow which is very good news in terms of climate change and in terms of energy security. This is definitely very good news. However, for renewables to grow, there is a need of a continuation of government support in different forms.”

The research showed significant increases in energy demand would occur over the next thirty years, but claims that cheap gas prices would prove disastrous for emerging renewable technologies, which will rely on having a stronger demand.

Following a widely accepted disappointing outcome from the Cancun climate change summit Dr Birol insisted global problems had to be put on the agenda: “There was a commitment to reduce targets, but my view is that no major steps were made in Cancun. If there are no major moves in the energy industry soon we are going to say goodbye to the 450 scenario targets.”

The 450 scenario refers to the International Energy Agency’s plan to limit the concentration of greenhouse gases in the Earth’s atmosphere to 450 parts per million of carbon-dioxide. The set level is intended to prevent the rise of global temperatures further than 2°C.

Dr Birol added: “There are many policies in place, but we are far from living in a sustainable future.”