Wales ‘cut out’ of port cash

The coalition have been accused of favouring English ports in the division of cash for offshore wind development. Plaid Cymru’s Energy spokesman Hywel Williams said the decision to award Welsh […] 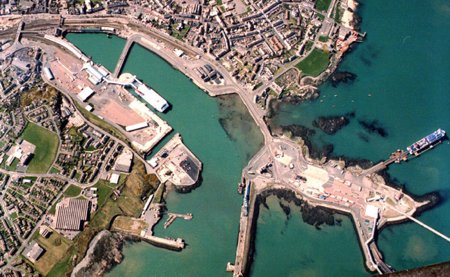 The coalition have been accused of favouring English ports in the division of cash for offshore wind development. Plaid Cymru’s Energy spokesman Hywel Williams said the decision to award Welsh ports just over 1% of the budget was biased.

“It is disgraceful that the UK Government can turn around and say that they have provided nearly £60m for English ports to develop offshore wind technology no-site, but just £700,000 for ports in Wales, such as Holyhead, to do the same. The UK Energy Minister makes the excuse that this money is intended for economic development yet the project is called the UK ports fund.”

Mr Williams challenged Energy Minister Charles Hendry in Westminster this week over this issue, with the Minister claiming that the money was intended for economic development rather than for ports.

Mr Williams added: “Welsh ports should be free to compete alongside ports in England for this £60m and, given our expertise in these fields, we would expect to win substantial contracts. The reason that the UK Government can do this is because of the incoherent way in which Labour’s unfair Barnett Formula is operated, with no independent scrutiny.

“If Welsh ports were able to compete for this £60m in the ports fund then this would be investment in quality skills and techniques that could make us a world leader and equipping our ports with diversified capabilities – but the UK Government is abusing their power to channel this money and we are losing out badly.”

In response Mr Hendry told parliament: “We took a view that the best way for the funding to go forward was through an economic generation programme linked specifically to manufacturing projects, meaning that it ceased to be a ports programme and became an economic development matter.

“Funding was allocated through the Barnett formula to the Welsh Assembly Government for them to take forward their own programmes in the area, and we have also asked the Crown Estate to work with ports throughout the United Kingdom to see how they can all benefit from the renaissance.”