Businesses aren’t using their energy systems efficiently, say experts. Many firms’ buildings are cooled or heated by systems that use energy at a far higher level than is needed, according […] 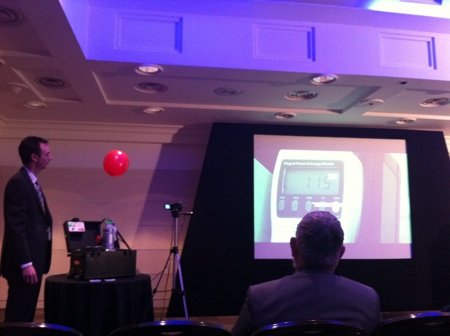 Many firms’ buildings are cooled or heated by systems that use energy at a far higher level than is needed, according to Nick Brown at efficiency firm ABB Ltd.

He told an audience at the Carbon Reduction Commitment Energy Efficiency conference in London today: “Imagine if we all jumped in a car, and put a brick on the accelerator.

“Then as you drive off down the road, imagine using the brake as your speed control, so the engine runs flat out, 6,000 RPM continuous, but when you come up to traffic lights you’re not going to change gear, all you’re going to do is put your foot on the brake. Now that basically is what we’re doing with electric motors today.”

Instead, he advised businesses to install energy saving technology, especially to meet the proposed CRC targets. Mr Brown suggested that Variable Speed Drives (VSDs), which alter the amount of energy used according to the demand at different times of day, could offer up to 50% energy savings with a motor speed reduction of 20%.

The firm have implemented their VSD technology in Pizza Hut stores and BMW factories as well as leisure centres.