A director of renewable solutions company Eco Environments, has strongly criticized the coalition’s revision of solar feed-in tariffs. The coalition, who claim to be the “greenest government ever” plan to […] 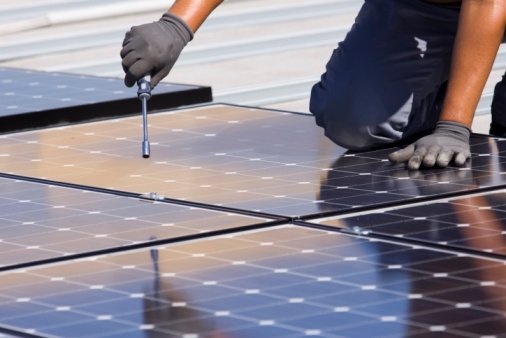 The coalition, who claim to be the “greenest government ever” plan to cut subsidies for mid and large sized facilities by up to nearly three quarters in some instances.

David Hunt, a director with Eco Environments, said: “The Government’s claim to be the greenest ever is in tatters. While we accept that solar farm scale projects of 1MW plus do warrant review, reducing the tariff significantly for installations of just over 50kWp is farcical. The decision shows the Government’s understanding of the green economy to be a joke.”

Ministers claim the clampdown on the bigger solar producers is to help protect the incentive kitty for smaller household schemes, but those in the renewable industry are concerned that the U-turn is confusing and ultimatey damaging to turning the UK onto low-carbon technologies.

Solar PV is one of the fastest growing technologies in the world and there is said to be widespread disbelief across the industry after what the Renewable Energy Association described as the Government’s “horrendous strategic mistake over Solar.”

Mr Hunt said: “There is a huge gulf between 50kWp and 1 MW. This decision seriously impacts on community projects and businesses trying to reduce their energy bills and their carbon footprints.”

Last week the minister of State, Greg Barker, said: “We want to protect the diversity of the FITs scheme, and ensure that it benefits homes, small businesses and communities, and the full range of innovative technologies. In these financially challenging times, it is even more important that we get the balance of the scheme right.”

Before the announcement of the review, the REA estimated that 17,000 new solar jobs would be created by the end of 2011. These jobs are now likely to be under threat after the Coalition’s revisions.