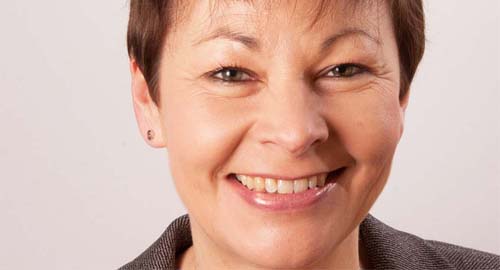 Energy Minister Greg Barker was facing hot water today as the Green Party leader quizzed him on details of the Energy Bill.

MP Caroline Lucas wants water efficiency and smart meters included under the Green Deal, one of DECC’s flagship policies which offers homeowners and small businesses cash upfront to install energy saving measures. The Energy Bill will provide the legal framework for the deal.

Presenting her suggested amendments to the Energy Committee at Westminster today, Ms Lucas said that they would help Green Deal accredited installers to offer customers a “holistic package” of energy efficiency.

Other MPs joined the Green leader to call on DECC to look at the issue. Joking that he wasn’t trying to come across as a “power shower anorak”, Shadow Energy Minister Huw Irranca-Davies asked his counterpart whether the impact of water intensive devices on fuel bill and fuel poverty would be covered in the Bill.

The committee also heard that heated water was the second biggest consumer of energy in the home, counting for 5% of greenhouse gas emissions UK and was therefore “very important” to consider.

Mr Barker replied in the session that smart metering may be included but water won’t, because at the moment it is not sufficiently metered across the country. As a result, “we really would struggle to incorporate water savings into the Green Deal mechanism as it currently stands. That’s not to say there is not active thinking on how we progress with a blue deal, to take action to reduce water payments.”

The House of Commons Energy Bill Committee are due to give their report on the bill on 21 June 2011.