London is on the brink of incurring embarrassing fines for breaking EU emissions air standards, according to the Chair of the New West End Company. Speaking at the BASELondon conference […] 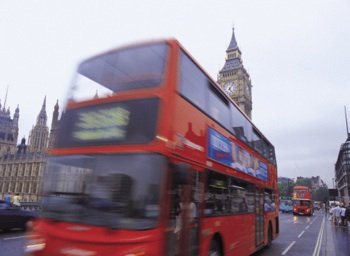 London is on the brink of incurring embarrassing fines for breaking EU emissions air standards, according to the Chair of the New West End Company.

Speaking at the BASELondon conference in London yesterday, Dame Judith Mayhew Jonas said: “We are about to breach EU directives, we are about to be fined constant amounts of money if we don’t reduce the carbon emissions in London.”

Singling out buses for criticism, she added: “280 buses travel up and down Oxford Street every hour. In the prime shopping hours between 10 and 4, most of these have only got 10% capacity use.

“No wonder it’s a wall of metal. Their emissions often exceed EU air quality standards which the UK has signed up to abide by, by 2012.”

Suggesting it would be an embarrassment for the capital city if they were fined, she asked: “What’s that going to do for the London image?”

She added that “dramatic changes” were needed for public transport to reduce carbon emissions in London.

Mayor of London Boris Johnson spoke later at the conference, stressing that because of new measures in London like the Barclays Cycle Hire Scheme and the new hybrid buses:”in ten to fifteen years, vehicular emission will be as distant a memory as the peasouper fogs.”