The Government have announced proposals that could change the Carbon Reduction Scheme. Changes could potentially reduce the burden on UK businesses and improve greater certainty in compliance with energy saving […] 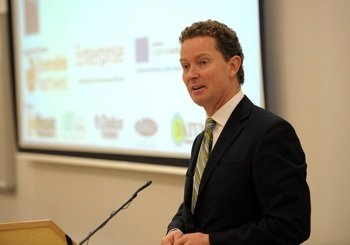 The Government have announced proposals that could change the Carbon Reduction Scheme. Changes could potentially reduce the burden on UK businesses and improve greater certainty in compliance with energy saving measures.

Climate Change Minister Greg Barker said: “Our proposals will make it easier and simpler for businesses to feel the benefits of using less energy as well as supporting jobs in the energy savings industry.”

The Department of Energy and Climate Change announced these revised proposals:

– Reducing the number of fuels covered by the scheme- from 29 down to four.

– Moving to fixed price allowances to give price certainty to help investment decisions.

– Simplifying the organisational rules, so large corporations have one scheme rather than several.

– Reducing overlap with other schemes, such as CCA or EU ETS.

Mr Barker said DECC had listened to the sector: “We’ve got to help business reduce their emissions, not strangle them in red tape. I believe the principle of the scheme is right which is why I am proposing to make the CRC simpler while still protecting its strong environmental integrity to cut emissions in large organisations and businesses.”

Initially, the scheme started with the aim of publishing a league table detailing the relative performance of all participants in CRC. Back in March, changes were made which effectively made the scheme a tax, which many in the industry lamented as it removed incentives for business.

The proposals will be formally consulted on early next year and would come into effect by 2014.

The Government have also announced it will start a consultation to revise the Climate Change Agreements to take the strain off businesses until it finishes in 2023.