Where the UK sources finance for future nuclear power is far from definite and problems remain in the way of investment. These were the words of KPMG’s Head of Nuclear […] 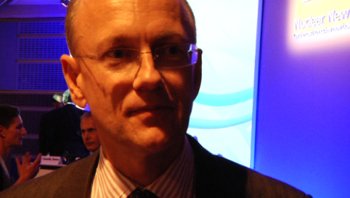 Where the UK sources finance for future nuclear power is far from definite and problems remain in the way of investment. These were the words of KPMG’s Head of Nuclear Advisory, David Simpson, who warned that there were more risks facing investments than many people accept: “The real question is where will the equity come from? I am extremely confident that equity will come from somewhere but I can’t predict exactly where.”

Of the major financial barriers facing nuclear projects in the UK, Mr Simpson said there were three key issues: the size of the projects; regulatory uncertainty and cost uncertainty of building.

Speaking at the Nuclear Industry Association’s New Build Conference in London he said: “Once you start building a nuclear plant, you don’t get any money back until it’s finished. There’s no guarantee that it’ll work. We’re pretty sure they will, but there have been real technical issues with some in the past. It’s all about equity- don’t bet unless you can afford to lose.”

Mr Simpson listed other problems facing nuclear such as the new supply chain that would be needed to enter the UK market to meet the industry’s needs. He also reminded the delegates watching that the majority of power plants built in the UK have come in more expensive than estimated.

Despite his numerous, self-coined “dismal points” the KPMG man was confident that the equity for investment would materialise. Mr Simpson said Government policy had given the industry a good platform to work from: “The Contract for Difference is essentially a large power-purchase agreement for a significant period of time- maybe 35 years. It will provide the revenue certainty to the owners of the power stations.”

“Ultimately, the risk of the power stations built in the UK will eventually end up with the UK Government if everything goes horribly wrong, because you can not privatise risk. These will be pieces of infrastructure the UK government will take responsibility for.”