Consumer Focus have said British Gas’s recent 18% price rise will push hundred of thousands of households into fuel poverty. Unless Ofgem step up with strategic measures to make energy […] 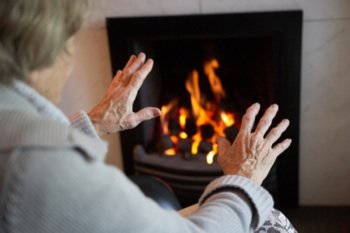 Consumer Focus have said British Gas’s recent 18% price rise will push hundred of thousands of households into fuel poverty. Unless Ofgem step up with strategic measures to make energy pricing fair, the market will continue to fail the consumer.

Mike O’Connor CBE, Chief Executive of Consumer Focus said: “Consumers simply don’t trust that energy companies have customers’ interests at heart and rightly question whether prices are fair. Wholesale costs have gone up but they are still around a third lower than their 2008 peak. Yet in this time British Gas’ prices alone have risen by around 44% on gas and 21% on electricity and suppliers have made healthy profits.”

The champions for consumer rights have set out a number of measures they think are necessary for energy market reform:

-A competition review of the energy market structure.

-Help new entrants into the market.

Mr O’Connor said the regulator had to make its presence felt: “Ofgem declared that energy firms are guilty of greedy and lazy behaviour; bamboozling customers and exploiting structural weaknesses in the market. Ofgem’s new determination to force companies to treat customers fairly must now deliver. If Ofgem can’t say whether energy prices are fair, then the next stop should be the Competition Commission.”

Ofgem wanted to remain hands-off and said the energy companies had to act more responsibly toward their customers: “It is up to British Gas to explain their prices to their customers. Ofgem’s role is to ensure that the market works in the interests of energy consumers. That is why we are pushing ahead with raft of sweeping reforms to the retail market to increase the competitive pressure on the Big Six energy suppliers.”