Scottish and Southern Electricity has suspended its door-to-door sales activity in the wake of widespread criticism of cold calling. The company said that they needed to maintain customers’ trust and […] 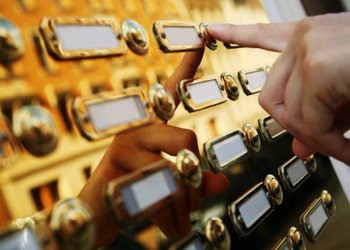 Scottish and Southern Electricity has suspended its door-to-door sales activity in the wake of widespread criticism of cold calling.

The company said that they needed to maintain customers’ trust and move with the times, and does not expect to return to the practice.

Alistair Phillips-Davies, Generation and Supply Director of SSE said: “We understand that fewer people are willing to engage with traditional doorstep sellers. Energy companies need to earn and retain trust. That will be earned by teams of people in the community and in customer service centres who make customers’ lives easier, not least by helping them to minimise their energy bills.”

In May, the energy company was found guilty of misleading consumers with doorstop sellers, although SSE has appealed against the decision.

A spokesperson for SSE didn’t deny that it could look like today’s decision was prompted by the ruling in May, but said that it would be wrong to suggest it was the main reason, adding that cutting doorstep sales had been in the pipeline for months.

Tim Yeo MP, Chairman of the Energy Select Committee welcomed the news: “I am pleased that SSE has taken decisive action to review whether doorstep selling is appropriate following our Parliamentary hearing last week.

“I hope that the rest of the Big 6 do not wait for the regulator to step in before acting to ensure that their sales practices are resulting in customers getting the deal that is most suited to them.”