Hungary has been praised for boosting its regional energy security by the International Energy Agency (IEA). Speaking in Budapest about the review of the country’s energy policies, IEA Executive Director […] 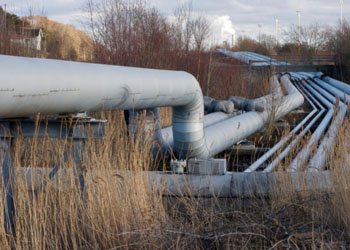 Hungary has been praised for boosting its regional energy security by the International Energy Agency (IEA).

Speaking in Budapest about the review of the country’s energy policies, IEA Executive Director Nobuo Tanaka said: “the IEA acknowledges the responsibility Hungary has shown in improving regional energy security and encourages it to carry on this work.”

Most of Hungary’s natural gas, which makes up a large portion of its energy supply, comes from Russia through one route. In 2006 the smaller country was hit by disrupted supplies following a dispute over “stolen” gas between Russia and Ukraine, as reported by the BBC at the time.

In light of the 2006 disruption, the IEA report approved Hungary’s measures to avoid similar events, such as increasing storage capacity and developing cross-border links with neighbouring countries.

There was also encouragement for investors in the report, which suggested scrapping subsidies for electricity, gas and heating prices. It was only after 2008 that large companiesin Hungarycould buy electricity from a free market rather than a public utility. Smaller firms and consumers had the option to do the same, but weren’t obliged to make the switch.

Mr. Tanaka said: “Prices that fully reflect cost would also encourage new companies to enter the Hungarian market and invest in infrastructure development. The government should abolish subsidies for energy use and replace them with direct support to those in need.”

He also encouraged the government to work on stable energy policies and noted Hungary’s “pragmatism” in “considering low-carbon forms of power generation, including nuclear and renewable energy.”