UK nuclear gets the go-ahead

Members of Parliament yesterday voted in favour of the Government’s plans for nuclear energy. The National Policy Statements say: “It is Government policy that new nuclear power should be able […] 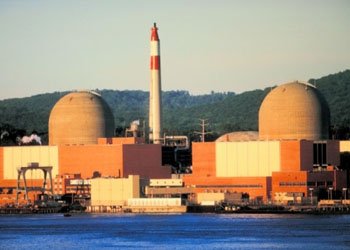 Members of Parliament yesterday voted in favour of the Government’s plans for nuclear energy. The National Policy Statements say: “It is Government policy that new nuclear power should be able to contribute as much as possible to the UK’s need for new capacity.”

EDF Energy Chief Executive Vincent de Rivaz said: “The reforms will transform the market and ensure customers will benefit from stability, security, affordability and predictability. They provide investors with the right incentives. All of this has been made possible because of the robust safety standards that already exist in the UK nuclear industry and the commitment to implement lessons from Fukushima so that UK nuclear will be stronger, safer and able to continue to play its vital role providing secure, affordable, low carbon energy.”

The vote follows the White Paper on Electricity Market Reform which came on July 12, which outlined four measures the UK Government would put in place to incentivise investment in low carbon electricity generation.

Despite MPs voting through the NPSs, some were hesitant over the locations of new nuclear plants. Paul Flynn MP said the sites at Oldbury and Hinkley Point.would fall within the diameter that has been set for the no-go area at Fukushima and asked whether the people of Wales should be consulted.

Shadow Minister Huw Irranca-Davies said there had to be input from people at a local level: “My hon. Friend’s point is very well made: such a decision cannot be made unilaterally and there has to be input from across the regions, too.

Mr Irranca-Davies did question the financial support nuclear would receive: “I must tell the Minister that the manic contortions of the Secretary of State over the financial support for nuclear have surpassed those of a Chinese acrobat in recent weeks. As the Secretary of State has come out of the closet on nuclear, he ought to stop trying to hide his embarrassment. The expansion of low-carbon technologies does not come free and they will all-onshore and offshore wind, biomass, future wave and tidal, CCS and nuclear-require some support and market intervention to drive in the levels of capital required.”