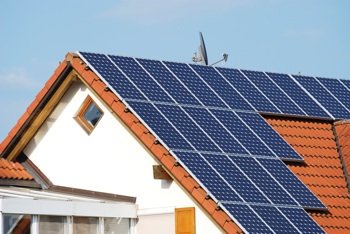 The Solar Trade Association has hailed the end to a “funding hiatus” for solar thermal that began when the Coalition Government abruptly closed the Low Carbon Building Programme (LCBP) in May last year.Under the newly announced £15million Renewable Heat Premium Payment scheme, households will be able to apply for afor a £300 grant to buildsolar thermal hot water panels.

Howard Johns, Chairman of the Solar Trade Association said: “We are very pleased that the funding hiatus for solar thermal is finally coming to an end following the closure of the grant support measures for solar thermal with the arrival of the coalition government.”

The LCBP was closed in May 2010, and STA say that there has been “no funding whatsoever” for solar thermal until the announcement of the Renewable Heat Incentive.

Households can apply to the scheme between 1 August 2011 and 31st March 2012, and will operate on a first come, first served basis. However, the trade group has raised questions about the short application period and is disappointed that there is less money on offer for customers.

Mr Johns said: “We are concerned that the scheme is only due to run until March 2012 -a mere eight months.This is less money available than before, when the Low Carbon Building Programme gave £400 for solar thermal schemes.

“We were under the impression that it was going to left out of the scheme, because it could be too successful, just like the FiTs.”The Feed in Tariffs subsidy for solar power was reduced by the Government when the uptake was larger than expected.

Announcing the scheme, Energy Minister Greg Barker said that it would start “a new era in home heating” by “making it more economical for people to go green.”