Thorium: The future of the nuclear energy generation 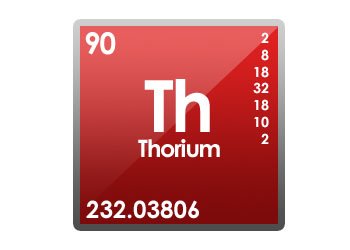 The contents of this article might sound like they were extracted from one of Arthur C Clarke science fiction novels but believe me they are real and backed by years of research.

According to the International Energy Agency the world is on the verge of an energy crisis and we need to find a viable, safe and sustainable solution before “lights start to go out”.

What if I told you that there is silvery metal that is highly abundant and can be found in river sands, soil and granite rock the world over and such metal could be used to power nuclear reactors without the need to be enriched, produced insignificant quantities of radioactive waste, it has no potential for the war industry and global reserves could provide energy for the entire world for the next 10,000 years. Sounds too good to be true, right?

Wrong, such metal exists and goes by the name of Thorium and according to many experts in the field including 1993 Nobel Prize-winning physicist Carlo Rubbia this could be the missing link the global energy industry needs towards a sustainable low carbon energy efficient society.

The best part of all these is that opposed to uranium, it is extremely easy and inexpensive to refine, far less toxic and produces carbon-free energy.

Since the Japanese catastrophe of Fukushima the world became reluctant about nuclear power plants with countries like Germany announcing that all its nuke power plants are to be closed and many other reconsidering their nuclear policies.

Thorium offers the opportunity to revive this moribund industry along much safer lines. According to Professor Bob Cywinski of Huddersfield University in England, we could be safely producing energy from thorium reactors in less than 10 years if “we’re given the resources to do the research and development”.

Cywinski, who is a member of ThorEA, the Thorium Energy Amplifier Association, a coalition of experts from several British universities and research institutes, believes they can build the world’s first 600MW thorium plant within 15 years.

Unlike traditional nuclear power plants, a thorium plant would be meltdown safe, since nothing happens spontaneously in a thorium reactor. To release energy thorium atoms need to be bombarded with neutrons supplied by an external source. Ultimately, a particle accelerator.

‘This means the margin of safety is far greater than with a conventional plant,’ says Cywinski.

Cywinski went to say that even if a thorium plant was is hit by an earthquake of high magnitude it would still be ‘intrinsically safer’.

What is even more interesting about thorium is that the nuclear potentials of thorium has been known since the 60’s but was left aside due to its incapability of producing material for weapons of mass destruction.

Countries like China and India are already financing the development of thorium reactors. But it is in the UK where studies and technologies are most advanced thanks to the development of a “pocket-size” particle accelerator named EMMA.

For those of you interested in learning more about Thorium visit the International Thorium Energy Organisation (IThEO) at www.itheo.org/.