Private sewers in England and Wales will change hands from householders to water companies under a new overhaul of regulations drawn up by the Government. Drains and sewers that run […] 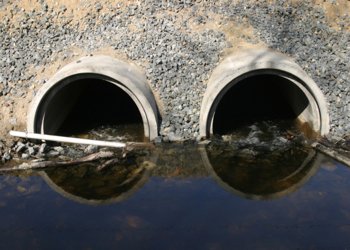 Private sewers in England and Wales will change hands from householders to water companies under a new overhaul of regulations drawn up by the Government. Drains and sewers that run under people’s property or gardens and connect to the public sewer system will be run by companies from 1 October 2011.

It is estimated that nearly half of properties in England and Wales are connected to a private sewer in one form or another. Defra, the Department for the Environment, Food and Rural Affairs, says that now homeowners will be saved from huge surprise bills to repair broken or blocked sewers that can run into thousands of pounds.

Martin Baggs, chief executive of Thames Water, the UK’s largest water and wastewater company, said the move posed a “very big operational challenge” for water companies. In Thames Water’s case, roughly 40,000km of drains and sewers will be added overnight to its existing 67,000km network, which will add about £35m to its annual operating costs. Mr Baggs said that this would lead to an extra cost to customers of between £4 and £14 a year.

Representatives for the water and waste industry believe that despite potential challenges for companies, the transfer will ultimately benefit customers.

Pamela Taylor, Water UK chief executive said: “The transfer promises to bring peace of mind to customers across England and Wales. For the water companies, the transfer is a major change as they will be taking on responsibility for many thousands of miles of pipes, some of which may be in poor condition. There could well be a backlog of maintenance, repair and renewal to tackle.”

Environment Minister Richard Benyon said the changes his department were introducing were fairer in the long run: “It’s a much fairer and simpler approach which will also improve the overall quality of the network to reduce the chance of problems in the first place.”