The European Wind Energy Association has published offshore wind energy statistics for the first half year of 2011 that shows the UK is leading the construction of wind power technologies. […] 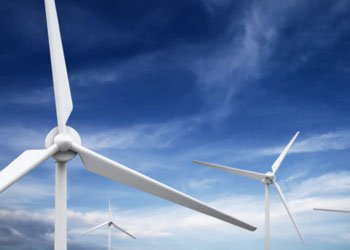 The European Wind Energy Association has published offshore wind energy statistics for the first half year of 2011 that shows the UK is leading the construction of wind power technologies. There was also a 4.5% increase in installations of offshore capacity compared to the first half of 2010.

101 new offshore wind turbines, with a total capacity of 348 MW, were connected to the power grids in the UK, Germany and Norway during the first six months of 2011.

Turbines built this year are only a fraction of the numbers planned for windfarms that have already begun and according to the findings, the UK’s plans are much greater than other countries.

In Europe, eleven offshore wind farms are currently under construction, worth €8.5 billion and with a total capacity of 2,844 MW. Installed offshore wind turbines averaged 3.4 MW in size- up from an average of 2.9 MW during the first half of 2010.

Christian Kjaer, chief executive officer of EWEA was cautiously optimistic: “While I see several positive trends for the European offshore wind power industry, we are not home and dry yet. The sector is coming out of the financial crisis but is still facing a potential worsening of the general economic crisis. The number of banks providing capital for offshore wind farm investments is steadily growing, although there is a continued need for attracting an increasing number of large institutional investors to offshore wind farms – presently the largest construction projects going on in Europe,” said.

As of 30 June 2011, there are 1,247 offshore wind turbines fully grid connected with a total capacity of 3,294 MW in 49 wind farms spread between nine European countries.