Ofgem has told transmission companies to keep customers’ bills low this coming year. Announcing a new deal for transmission price control it said no more than an additional £2.27 could […] 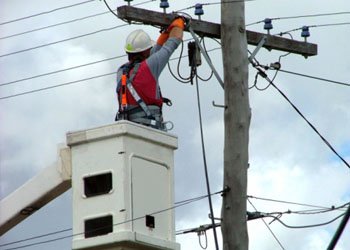 Ofgem has told transmission companies to keep customers’ bills low this coming year. Announcing a new deal for transmission price control it said no more than an additional £2.27 could be added to a gas bill and £1.10 to the average electricity bill between now and April 2013.

The four transmission operators who own the UK’s high pressure gas mains and the high voltage power networks are National Grid Gas, National Grid Electricity Transmission plc, Scottish Power Transmission Limited, and Scottish Hydro-Electric Transmission Limited. All four are bound by Ofgem when it comes to capital expenditure and allowances in terms of how much money they can charge the suppliers and therefore consumers for getting power to our homes and businesses.

The current deal, which was based on a formula around the Retail Price Index (RPI), is seen as outdated by Ofgem in view of the massive investment needed to upgrade our electricity infrastructure. The new calculation is based on a model called RIIO, which is designed to drive real benefits for consumers as well as giving strong incentives to the transmission companies if they deliver more sustainable energy.

The deal isn’t without controversy. All the transmission operators wanted to charge much more for capital costs than Ofgem would allow. For example National Grid Electricity Transmission said it needed £964 million to provide its service in the coming year, Ofgem has ruled they can’t spend more than £831m. Scottish Power Transmission Ltd was similarly pegged back from £218m to £170m.

Ofgem says it’s slashed the costs for many reasons including unjustifiable costs and over projection of workloads. The transmission companies have until November to appeal the new limits.